You are here: Home / Blog / The Joy of Giving

As some of you in the Tristate have seen we ran a giveaway during December to donate a new Heating and Cooling System to someone in need. After receiving over 75 nominations we printed them out and read all of the stories. Many of the applicants were very deserving but we had to narrow it down to just one. We contacted 5 families and did an in home assessment of their equipment and met with them to hear their needs.

One of the families stuck out to me. He had no heat and was keeping the house from freezing by turning on the oven with the door open and using oil space heaters in the room. Even though he had no heat, when I left, he told me that he was thankful for what we were doing and that he knew that there were a lot of needy people and to give it to the family that needed it the most.

As I was lying in bed that evening that comment kept playing over and over in my head. When I came in the next day I shared that comment with our team and they agreed that the Wozniak Family was our pick. They had been nominated by their Daughter to receive the free system because they were raising 5 of their grandchildren in a home that hasn’t had heat since last March.

The installation posed many obstacles with the house being built in the late 1800’s. They had been renting the house for 11 years before purchasing the house on contract the year before. When they moved to the house, the entire basement was filled with the past renters belongings and trash that they did not take with them when they moved out. When informing them that they had won the system, I talked to Teddy about cleaning out the basement so that we would have room to work. He agreed, but after leaving I didn’t really know if that was going to be a possibility unless he had help. So we contacted Advanced Disposal the next day and asked if they would be interested in partnering with us to help the Wozniak Family out.  Joey Scott replied to my email over the weekend and was very excited to help us out on the project. He went to the house to see where the dumpster could be placed and came to the conclusion that a 6 yard dumpster was the largest that could fit on the property.

I contacted Theodore and let him know the plan. We arrived at the house the day prior to installation and removed 3 ½ dumpsters of debris out of the basement. We removed the old ceiling from the basement and all of the return ductwork that was loaded with dirt. Only half of the supply ductwork was useable and many of the supply runs had to be replaced with insulated ductwork. The Crawlspace was cleaned and a vapor barrier was installed to keep moisture and odors from the living space. Insulation Board was cut to fit all of the single pane windows in the basement to prevent cold air from entering the home. Water lines were insulated with armoflex insulation to prevent sweating. The entire basement was cleaned and vacuumed out to give all of the children a place that they could feel safe walking into in case of a storm. Lennox had provided a High Efficient Gas Furnace and Air Conditioner to keep them comfortable all year long. 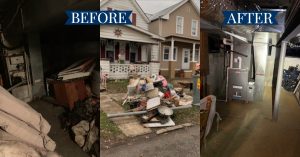 After finishing the job that Friday evening, I could tell that the family was so excited and appreciative. There is truly no amount of money that can buy the feeling you get back when you help out someone in need. All the hard work was worth it.

Thank you Tristate for the help in finding a Family to help out this Holiday Season.

Thank you Lennox for providing the Equipment.

Thank you Advanced Disposal for the dumpster so we could clean out the basement.

Congratulations to the Wozniak Family, I hope you love your new system.

How Can We Help? 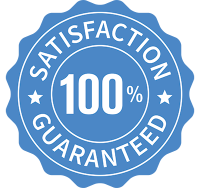 We got 3 estimates for replacing 2 heating and air conditioning units in our home. There is an upstairs and downstairs unit. Brackett's estimate was the lowest. They answered all

We got 3 estimates for replacing 2 heating and air conditioning units in our home. There is an upstairs and downstairs unit. Brackett's estimate was the lowest. They answered all of our questions about the estimate and we made a few changes. After reading other reviews we decided to go with them. They arrived on time at 8:30 am and completed the work in 1 long day. They left at about 6 pm. Originally they thought the work would take 2 days. They also filled out all of the paperwork required for the Vectren rebates. We had wifi thermostats installed. When we thought there was a problem with one of the thermostats we called Brackett and a technician was here in 30 minutes. He checked the thermostat and went over the operation. We are very satisfied with the installation and would use them again.

I just wanted to extend my thanks to your staff for a job well done. We buy some things based on price, but when it came to buying our new

I just wanted to extend my thanks to your staff for a job well done. We buy some things based on price, but when it came to buying our new furnace/ac unit, this decision was based solely on our interactions with your staff and their service. We had two previous service calls on our old furnace and both of those were impeccable service. This time we knew our furnace was getting up in years and we were really trying to hold off until the spring. Your service rep, Andy did what he could to get us through this past week with the below zero temps, but he also left us an estimate for a new unit. I happened to be out of town at the time and on the way back I stopped in your office to go over the estimate and again, I was impressed with the office staff, but I was still on my way home and wanted to go over the estimate at home. At that time, I was told that your schedule was full, but maybe you could juggle things around if needed.

When I got home, I got a call from the Andy, the original repair man, and he said if we wanted, he could do an install the next day. I gave him the okay and your install crew was here the next morning. Everything was installed just after lunch, all the old parts were taken away and they cleaned up everything in the basement and finished with a complete explanation of the programmable thermostat, warranty, rebate and annual service which I added at that time.

This was just a very smooth and professional transaction and I wanted to let you know how much I was impressed with your staff and wanted to pass my thanks on to them.

It's the employees who make a business successful and you have a great team!

Office Dave Barrons and I'm sorry but I did not get the lady's name who explained about the filters with our pets.

Our thanks to you and your team!

Just a note to Thank you for having one employee (I think his name is James) who was willing to make an after hours call to my home.

Just a note to Thank you for having one employee (I think his name is James) who was willing to make an after hours call to my home. I called because my CO Alarm was going off and I couldn't stop it.

I thought that perhaps my furnace was malfunctioning. I had no idea that I had left my car running. Something I had NEVER before in my life ever done! He apparently got out of bed (10:15ish) to answer my call. If he had not I would be history!

Serving The Tri-State
Since 1949

This is a perfect place for financing